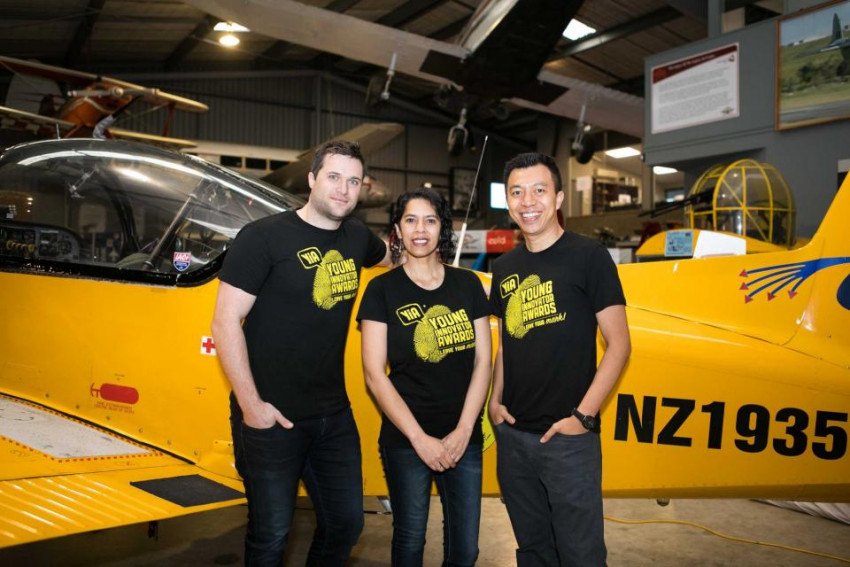 We headed down to Tauranga last week for Groundswell — the local festival of innovation. It's an awesome event that highlights just how much potential there is in the region. The festival was originally set up to amplify the Young Innovator Awards, which has been running for 8 years now. We were lucky enough to attend the 6th annual Young Innovators Forum breakfast while in town — a chance to hear inspiring talks from the judges of the year's awards.
First up was local success story Dr Alistair Scarfe, the CTO of Robotics Plus, a Tauranga-based company working to solve the labour shortage in the horticulture industry with advanced robotics solutions. Second was national success story Maru Nihoniho of Metia Interactive, who’s built an award-winning gaming company renowned for using gamification to tackle tricky social issues like youth mental health. Here is what they taught us:

1. There is no set formula on how to do this

There are a lot of dos and don'ts flying around the internet about how to scale a tech start-up, yet it's very clear that the growth pathway is different for each business. Alistair made it clear that the pathway for Robotics Plus has not always been straight, they've had to pivot their business model a number of times in order to strike market fit. Similarly, it's taken Maru Nihoniho 15 years to finally bring the first game she dreamt up into reality, because the traditional 'way of doing it' didn't work for her — she simply followed a different path to success. You can make wrong turns and change tack, but there's no such thing as 'going the wrong way'. So don't spend too much time trying to do what other people think you should be doing, focus on your customers and what they're looking for and be prepared to follow a winding road. Alistair's thought here was that the ebbs and flows of business can be distracting, but at Robotics Plus they never lose sight of the goal, which is to create value.

2. Luck favours those who are prepared

You never know when the next business-changing opportunity is going to arise, so keep yourself open and ready to take advantage of opportunities as they come. This can be difficult when you're so occupied with the day-to-day challenges of operation, but holding onto that big picture perspective is crucial for seeing the moment when that next leap forward suddenly becomes possible. Maru Nihoniho's 'lucky' moment occurred when she grabbed an opportunity to be interviewed on 95bfm, which was overheard by someone at Auckland University who was looking for an Auckland-based game developer to work on a project. She said 'yes' to that project, and it became Sparx —  a successful game that teaches teens how to manage depression. Aside from being successful in itself, it also provided her with more experience and leverage to progress her first game idea, Guardian, which is being released during Maori language week.
So, are you ready for the next opportunity to come your way? Do you have your story straight? Do you know your pitch through-and-through?

3. The rest of the world is not as far away as you think, and you will need to go there to find success

When Maru realised she wanted to make the shift from gamer to game developer, there was only one company in New Zealand at the time making games and they were based in Wellington. She rang them for advice and they told her to go offshore — spend time meeting people, attending workshops, learning and networking — she was away for four years. The New Zealand market is small, and in most cases, business survival relies on finding bigger ponds to play in. It pays to think that way from the start. Alistair recognises that one of the secrets to Robotics Plus' success has been having one technical founder, himself, and one visionary founder, Steve Saunders. Steve spends a lot of time offshore in the very markets that the company intends to export to — he did the ground work making connections and discovering industry pain points, and brought those problems back to Alistair and the team in Tauranga to solve.

4. Know when to go overseas, and when to come home

There's no doubt that for Robotics Plus, the majority of their future customers are overseas, but Alistair also recognises the clear benefit in basing the research and development in New Zealand. The office is located in Te Puna in Tauranga, and there's a kiwifruit orchard right outside their front door. It's easy for them to insert themselves right into the value chain in that small community, where they can easily access the expertise of organisations like Plant and Food Research and PlantTech, as they develop their ideas. New Zealand's distance from the rest of the world can pose a challenge to business success, but the silver lining is that the community of specialists is small, tight knit and easy to access. What benefit can building your business in New Zealand bring? You might be surprised.

5. Your resilience is far more important than being the smartest person in the room

Popular culture glorifies the 'tech genius', but the majority of successful companies in the world are simply run by hard-working, resilient people who have learned not to take a 'no' too personally. Aspire to be one of them instead of worrying that you can't write code like Zuckerberg or get your head around marketing like Jobs. Maru Nihoniho pitched her original 'Guardian' game concept for two years in the States with no success. These constant setbacks didn't cause her to question the concept or give up on the idea, because she realised that she wasn't getting those rejections because the idea wasn't good, but because the idea was expensive to develop and investors were too nervous to gamble the capital on an unknown, unproven game developer. So she changed tack and spent the next fifteen years building simpler, different games to grow her reputation. The truth is, running your own business is hard, and challenges and setbacks are inevitable — learn how to re-inspire yourself when these things happen, learn how to step outside the pain of hearing 'no' again and again and to discern the obstacle behind it, because obstacles can be overcome — but only if you still believe in what you're doing.
Photo: supplied by Groundswell Festival. Left to Right: Alistair Scarfe of Robotics Plus, Maru Nihoniho of Metia Interactive, Suan Yeo of Google Education