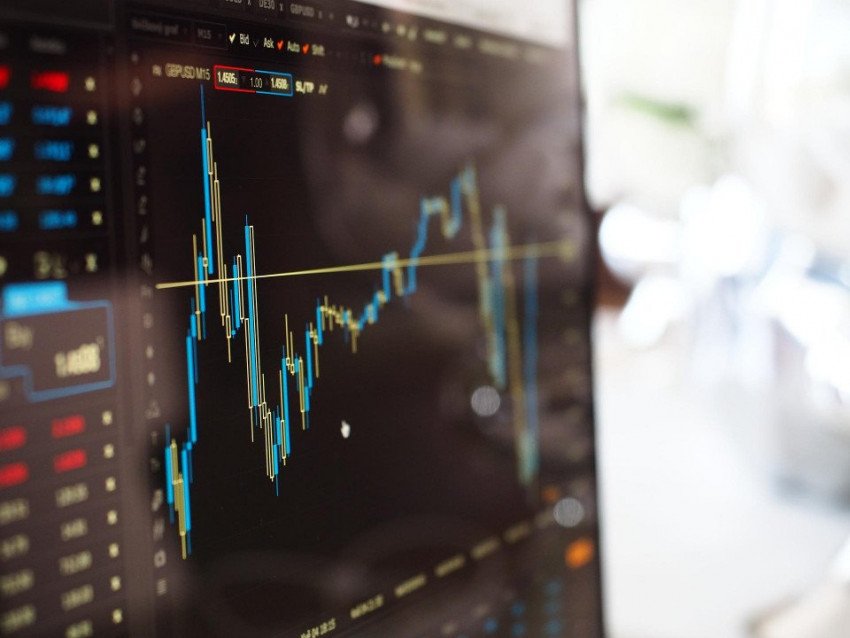 While New Zealand is considered one of the easiest places to start a company, most company owners will eventually want to expand their horizons to access bigger markets and more capital.

Founders and owners going through that phase often weigh up whether to seek private funding or take the company to a public listing. They also usually consider which exchange to list on.

We explore why it makes sense for New Zealand technology companies to list on ASX and explore how it can help take them to the next level.

The pros and cons of private funding

Some companies choose to expand using private capital, even once they’ve been established for some time. Sometimes that’s because the founders feel that their companies are not yet big enough to list. Sometimes, it’s because they fear diluting ownership. And sometimes it’s simply because they’ve already gone through prior rounds of funding and it’s just what they’re used to.

Staying private can bring some benefits, especially when it comes to keeping the investor pool tight. However, virtually all of the world’s leading tech companies are publicly listed. Many, including Apple, AfterPay and Xero, chose to list reasonably early in their lives.

Companies tend to be able to access significantly more capital in the public markets than they can by relying on private investors. They can also access it within a much shorter timeframe, often within a matter of days.

Many private investors, such as private equity firms, will usually expect reasonably immediate and significant returns on their investment, and can demand a substantial say in how a company runs. This effectively gives the owners less control than if they went public. Private investors often also require regular distributions, which can drain the resources the owners hoped to use to support their company’s growth.

The benefits of listing

By opting for a listing, company owners can get around many of the pitfalls of private funding rounds, gaining rapid access to a deeper pool of capital that allows their company the chance to reach its potential.

Some of the key reasons for listing include:

While some owners are wary of the ongoing reporting and disclosure requirements associated with being a public company, these can often actually have a beneficial impact on their company’s performance. Going through the process of continuous disclosure often gives them a better understanding of how their company operates, while providing added reassurance to potential clients and investors.

Some New Zealand tech company owners may be tempted to list in New Zealand. However, the lack of a listed technology sector will mean they are unlikely to receive specialist research coverage. This can impact both how much capital they will raise and the degree of liquidity they will enjoy, potentially limiting their global expansion plans. For this reason, it often makes sense for them to look across the Tasman.

There are currently 65 NZ companies listed on ASX, with an average daily traded value of A$177 million[2].

Forty-seven of these companies are dual-listed on the NZX and have seen an average 106% uptick in trading volumes within 12-months of taking up a secondary ASX listing.

Tech is now the second largest sector now listed on ASX, with over 250 companies. ASX also has the fourth-highest number of tech IPOs of any exchange in the world, with $4 billion of IPO capital raised over the past five years, so that it now boasts 30 tech unicorns. 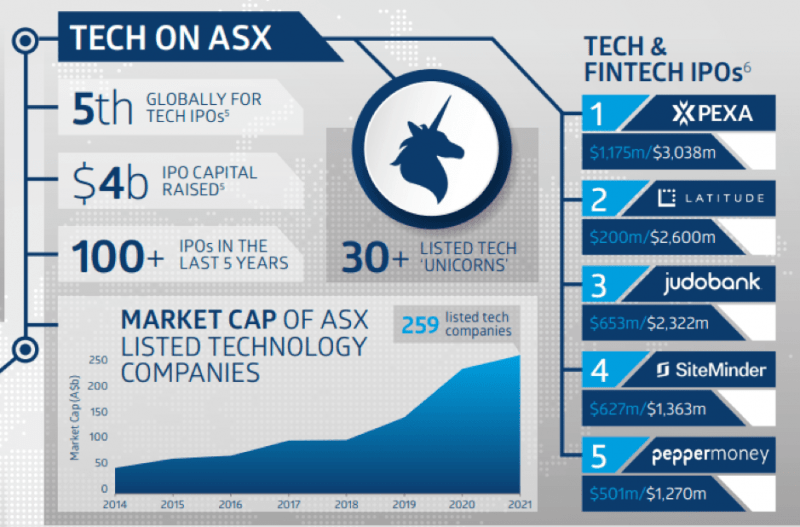 ASX’s position as the region’s tech exchange was solidified in March 2020 with the launch of the S&P/ASX All Technology index. This ‘all-tech’ index has consistently outperformed other indices of its kind.

ASX vs other overseas exchanges

It’s true that there are other tech-focused exchanges, most notably in the United States. However, ASX is a cheaper and quicker route to market for many companies than US-based exchanges. It also allows companies entry into globally recognised indices at a relatively earlier stage.

NASDAQ requires companies to achieve much higher revenues before listing. A company must also have a market capitalisation of US$35.8 billion before entering the NASDAQ 100.

While many of the major ASX investors are based in the United States, Asia and Europe, many company owners are surprised by just how much capital originates from across the Tasman and where that money comes from. 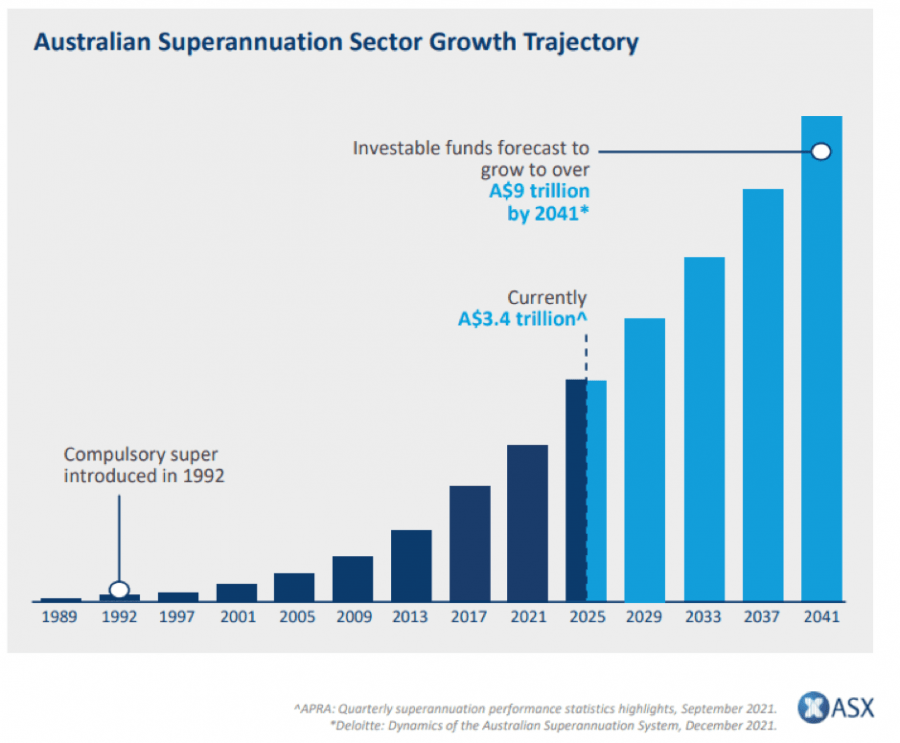 A New Zealand tech company that lists on ASX can access this deep and growing capital pool and has the ability to attract the attention of a diverse range of global institutional investors.

The opportunity for rapid growth

Owners can increase trading volumes and gain access to greater capital by becoming part of an index. This means their company will be included in ETFs and other instruments that automatically buy into their stock. Here, ASX offers low barriers to entry to key indices traded around the world. Achieving a place on ASX300 currently requires a minimum market capitalisation of US$256 million.

In short, the ASX offers NZ tech companies the opportunity for rapid growth without many of the same obstacles that are a feature of other leading exchanges.