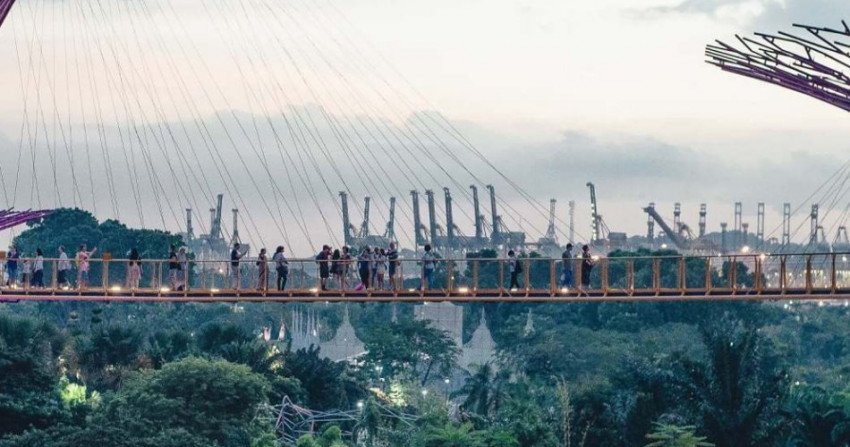 Singapore intends to futureproof its services-based economy by leading the way with digital transformation. Here’s how your business could benefit.

Launched in 2014, Singapore’s Smart Nation programme is a set of national goals encompassing Singapore's economy, government and society, and includes things like an interoperable, whole-of-government digital platform for government services, a national unified e-payment system, a national sensor network for environmental and community management, a citywide system of self-driving buses with contactless payment, and robotics and telehealth in healthcare. (The first four have been identified as the greatest priority, and designated “strategic national projects”.) It has been described as “the most extensive effort to collect data on daily living ever attempted in a city”.

Two new government agencies have been created (Infocomm Media Development Agency and GovTech) and nearly US$8 billion invested, with the multiple agencies involved organised by the Smart Nation and Digital Government Office.

Collaboration is a core value underpinning this initiative. Recognising that innovation often comes from collaboration, the government’s strategy spans academia, industry, the government itself and individuals, and it has made available a series of  open data resources as well as  support packages for businesses. It has changed the way it handles procurement, introducing co-developing, dynamic contracting (where new suppliers can be invited to join a project throughout the contract period) and inclusive models, and announced that it intends to expand its ‘whole of government’ approach into a ‘whole of nation’ solution, involving public-private partnerships and crowdsourced solutions.

As one of 26 pilot cities in the ASEAN Smart Cities Network, Singapore is also exploring cross-border applications for its e-payments, ASEAN Single Window customs clearance and National Digital Identity projects, and has signed a Digital Economy Partnership Agreement with New Zealand and Chile to benchmark governance of technologies impacting the digital economy such as artificial intelligence, e-payments and digital identities, and to support the digital transformation and internationalisation efforts of SMEs.

To read more about opportunities in Singapore, sign up for myNZTE.

NZTE is a Strategic Partner of Techweek2021