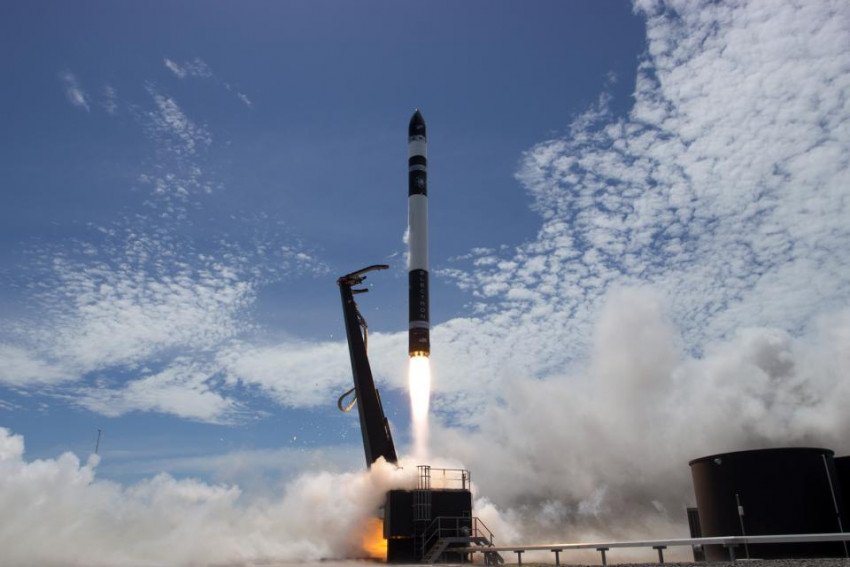 The best way to spend a quiet summer Sunday in New Zealand? Launching three satellites into orbit, of course.

A still blue sea, a bright sky populated with a handful of whispy clouds, and a rocket, centre-frame. The live-stream of Rocket Lab's third test launch of its Electron rocket "Still Testing" from Māhia peninsula this Sunday made for thrillingly cinematic viewing. Only, all the space movies we grew up with prepared us for an American voice counting down to lift off, not a delightfully Kiwi "tin, nine, eight...". It all added to the swell of vicarious pride: New Zealand can put rockets in space, and this is just the start.

Following the successful launch (which, if you missed, you can watch above), Rocket Lab CEO and founder Peter Beck was exuberant. “Today marks the beginning of a new era in commercial access to space," he said. "We’re thrilled to reach this milestone so quickly after our first test launch. Reaching orbit on a second test flight is significant on its own, but successfully deploying customer payloads so early in a new rocket program is almost unprecedented.

"Rocket Lab was founded on the principal of opening access to space to better understand our planet and improve life on it. Today we took a significant step towards that."

"Rocket Lab was founded on the principal of opening access to space to better understand our planet and improve life on it. Today we took a significant step towards that."

Above: "It's not every day someone turns up and wants to build a rocket launch facility" - the shared values behind Rocket Lab's launch site on Māhia Peninsula. Credit: NZ Story.

In the coming weeks Rocket Lab engineers will analyse the data from the launch to inform future launches. Rocket Lab currently has five Electron vehicles in production, with the next launch expected to take place in early this year. At full production, Rocket Lab expects to launch more than 50 times a year, and is regulated to launch up to 120 times a year, more than any other commercial or government launch provider in history.