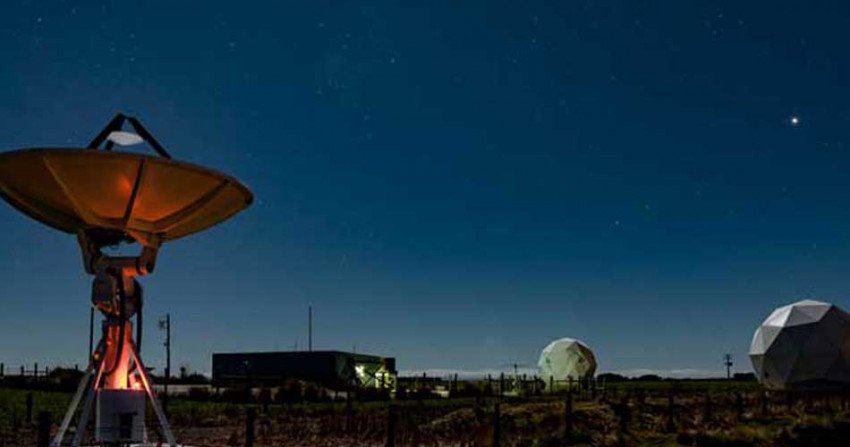 Its new commercial satellite antenna at the Awarua Ground Station, which has the ability to communicate with and get data from Low Earth Orbit satellites, is a New Zealand first and opens a raft of commercial opportunity in the space world.

In November, the team was involved in support for Rocket Lab’s ‘Return to Sender’ Mission, where 30 satellites were launched 500km into orbit, paving the way for future operations.

“This is the start of an exciting future for Great South,” Mr McNeill said.

Demand from international space operators is such that Great South is looking to build a second ground station facility in Northland.

“While our customers love our world-class facility here in Southland, a second station in the far North means we will be able to communicate with spacecraft 1200 km further into the Pacific Ocean – something that is important for some satellite uses,” Mr McNeill said.

Great South has serviced the space industry from Awarua, halfway between Invercargill and Bluff, since 2008 when it built the ground station facility to support the European Space Agency’s resupply missions to the International Space Station.

Given the crucial role satellite ground stations play in the space industry, the new antenna is already heavily booked by overseas space operators.

Today, Great South works with most of the leading names in the small-satellite industry. Three new antennas for overseas customers are currently under construction with contracts for further antennas to be installed later this year currently being negotiated.