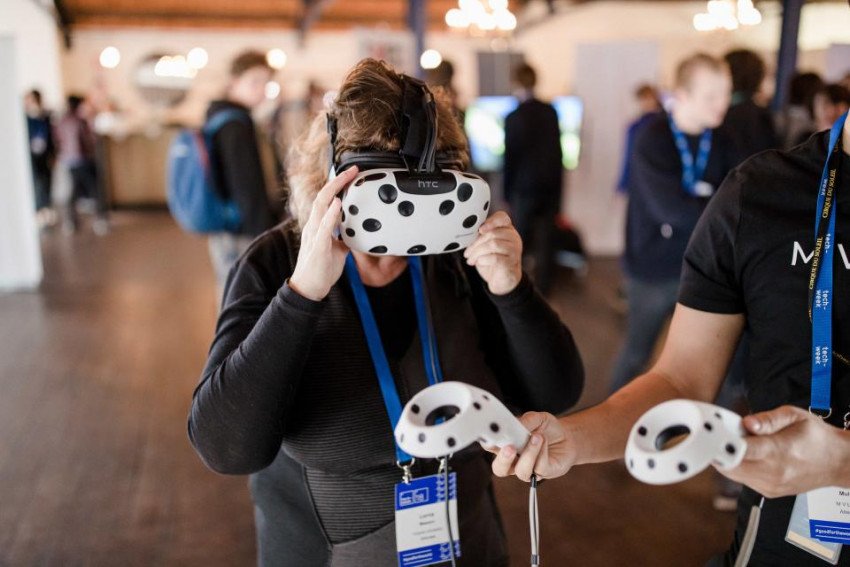 WOW. What a week! 540 events in 24 locations across New Zealand, engaging thousands of Kiwis on hundreds of topics from artificial intelligence to the future of food.
So what did the world’s only national festival of innovation look like? Here are a few highlights:
It began early on a Saturday morning in the first place in the world to see the sun, Gisborne, when Hack Tairawhiti kicked off. New Zealand’s first ever national Maori Hackathon brought together Maori tech exporters and the country’s top tech talent in a collaborative environment in Gisborne. In the beautiful setting of the Waikanae Surf Life Saving Club, 8 Maori exporters pitched their greatest challenge to over 100 participants including technologists, educators, corporates, creatives, entrepreneurs and young people who spent the following 48hrs working on solutions to those challenges. Read this awesome account of the weekend here, and find out about one of the inspiring winners here.
On Monday morning, the Techweek’18 headline event series began in Auckland at the ASB Waterfront Theatre, when Prime Minister Jacinda Ardern launched the New Zealand technology and innovation story, in hologram form. The launch of UpStarters was followed by one of our country’s most exciting innovators, Peter Beck of Rocket Lab, who took to the stage to share his wisdom on how to change the world. He provided a fascinating inside look at the company that’s democratising space, and offered his seven lessons for success, which you can read about here. 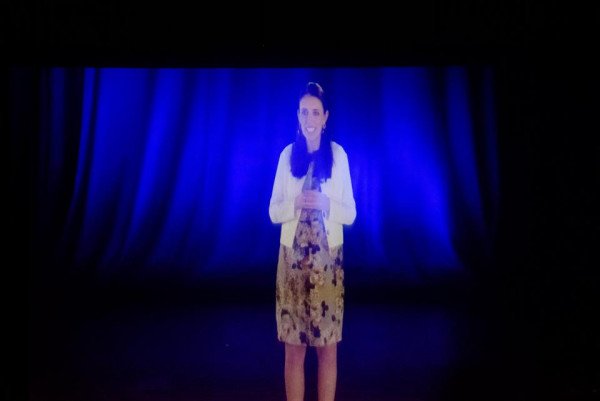 Meanwhile, across the rest of the country, hundreds of events were running covering topics from Millenials and the Future of Work, to kids building robots at Smales Farm on Auckland’s North Shore. 4000 school kids tuning into OMGTech!’s Space live stream, and in Otago, tertiary students were given a tour of Awarua satellite tracking station to encourage more youth into tech careers.
In Tauranga on Wednesday, the 10 Billion Mouths conference brought together more than 250 agritech innovators and investors from all over the world to discuss new ways to feed the world. Check out the write up here. The Techweek Team then left 10 Billion Mouths on Wednesday afternoon and made for Wellington to attend Creative Realities, a conference about technology and the creative industries. Here we saw members of the New Zealand Symphony Orchestra collaborate with a digital artist Joe Dixon to paint music onto a screen, and SingularDTV’s G. Thomas Esmay take to the stage to talk about the application of blockchain to the creative sector. It was an awesome day that included plenty of VR headsets, chatbots and games, and even a magic wand. 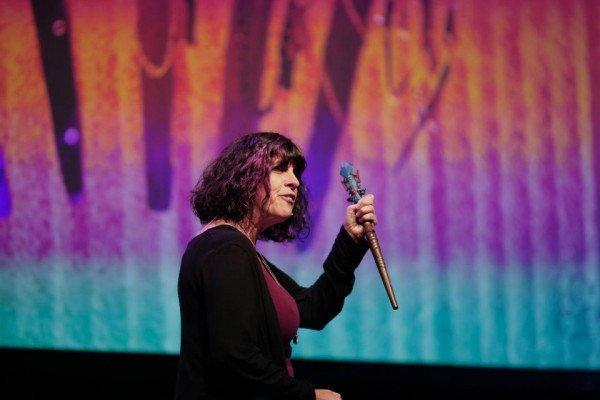 The final event of the Techweek’18 headline event series was The Fourth Revolution, a celebration of New Zealand’s unique manufacturing industry. It featured keynote speaker Iain Hosie of Revolution Fibres, the world-leading nano fibre producer who announced during the week that they're working with Sanford Fishing Group to produce a nanofibre skincare face mask using hoki fish skins that reduce wrinkles by 31.5 percent. Read all about it here.
It was an exciting couple of days in Christchurch, with the winner of the inaugural NZ Space Challenge being announced on Thursday at the Extreme Envioronments event, and the triumphant Hi-Tech Awards being announced at a glitzy gala at Horncastle Arena on Friday night. Invenco took out the main prize, but as The Spinoff wrote so nicely here, diversity was the winner on the day.
Techweek didn't stop on Friday night, though, hundreds of events were still running over the final weekend, including the ActInSpace Hackathon, StartupWeekend Auckland Pasifika, and OmgTech! and MOTAT's Techweek-end.
It was so inspiring to see so many of you get involved with New Zealand's annual festival of innovation - thank you for adding your voice to the conversation that's all about building a better world. Techweek returns in 2019 from 20-26 May. To keep in touch with the latest in our world, make sure you sign up to the monthly newsletter here.