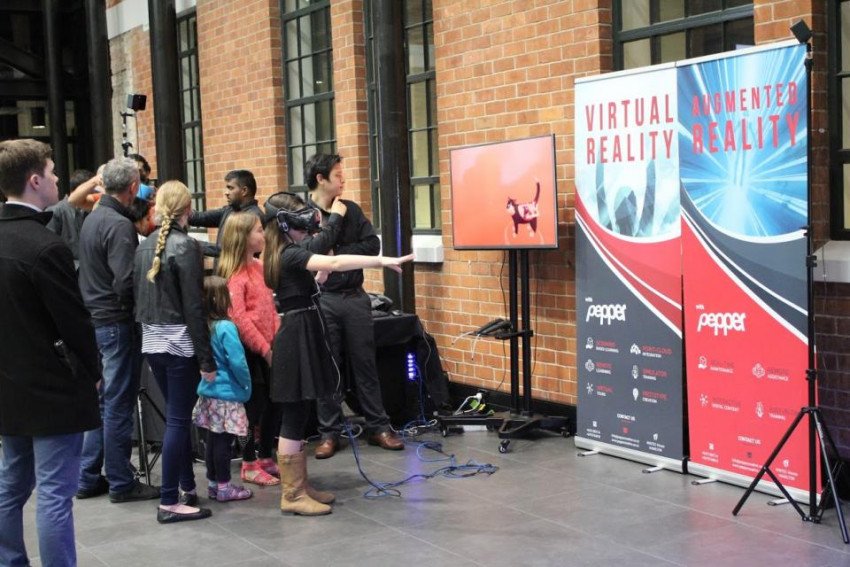 A crowd of more than 100 people, including school students, teachers, parents, and industry, were at Wintec’s The Atrium for the Techweek’18 Waikato Young Innovators Challenge Awards ceremony as part of the IoT Waikato August Tech meetup.

The Young Innovators Challenge was launched during Techweek’18 Waikato, sponsored by Gallagher and Perry Group and supported by a number of local after-school programme providers and other Waikato businesses, some of which exhibited on the night to allow students and parents to experience educational technology offerings.

The theme was “innovation that is good for the world”, with the challenge open to entrants aged 3-18 to support the development of STEAM (Science Technology Engineering Arts Maths)and other relevant skills, inspire the younger generation to innovate with technology to solve a problem they were interested in, and to provide an opportunity to learn about the design process.

Rob Heebink, research and development executive at Gallagher, presented certificates to the award recipients as the audience viewed images and heard commentary about each team’s entry and achievement.

Crawshaw School took out first prize with their Robo-Dogger 2018 – a robot that picks up rubbish. Judges said Ali Mahmood, Sharruk Jotheesan and Rishaal Prakash addressed a real problem in an innovative way and there was real evidence of co-creation and creativity.

“It was a pleasure to see three of our Year 3 boys receive first prize,” said Crawshaw School principal Jillian Littlewood.

“They did a fantastic job, showing teamwork and creativity and spending a huge amount of their own time working on their innovation and the presentation of the process that they went through.”

Second prize went to Jessica Scothern, Grace Silvester and Emma Johnson of Rototuna Primary School for their ‘duty teacher toolbelt’. Judges acknowledged the use of design thinking, especially in getting loads of end-user feedback as they prototyped various alternatives.

An alternative to the traditional toothpaste tube won third prize. Isabell McMullan and Hayley Bennett of Rototuna Primary School came up with an idea to make a toothpaste tube out of a syringe. Great evidence of team work and validating the idea with potential customers were highlighted in the feedback from judges.

The following additional merit awards were also presented on the night:

Understanding and alignment with the theme: Rototuna Primary School - Ben Landen, Sidney He and Rylee Scott

“It offers my students the chance to follow the design process and actually solve real life issues that are important to them."

The Judges Special Recognition Award was awarded to Arvan Nath for StudentMesh - a digital platform designed to train students on what they should do online and how to keep safe and secure.

"It was great to be a part of the YIC and see some of the emerging talent and innovation coming through the Waikato,” said Education These Days CE Tim Young.

“If we can continue to support these young people and their ideas we can look forward to a bright future."

Tim helped organise the challenge, was one of the judges and provided participants with a free access pass to his new software “Rocket Island”, a fun and immersive educational video game, set in a beautiful 3-D open world environment.

Judges this year included Rob Heebink, Alison Marshall – industry relationship manager at the Centre for IT at Wintec, and Adam Walmsley – head of marketing at Code Avengers.

Adam was pleased to see the design thinking process being used by students of such a young age.

“There was clearly a lot of thought and effort put in by many of the participants. New Zealand’s future is in good hands," he said.

Hamilton born and bred, Code Avengers is now encouraging digital learning in schools all over the world. The team Code Avengers provided spot prizes of a 6-month subscription to Code Avengers PRO.

Jannat Maqbool, project coordinator at Waikato REDA, said, “we look forward to kicking off the 2019 Challenge later this year as part of the Techweek’19 Waikato festival of technology innovation."

This story was originally published at The Waikato Story