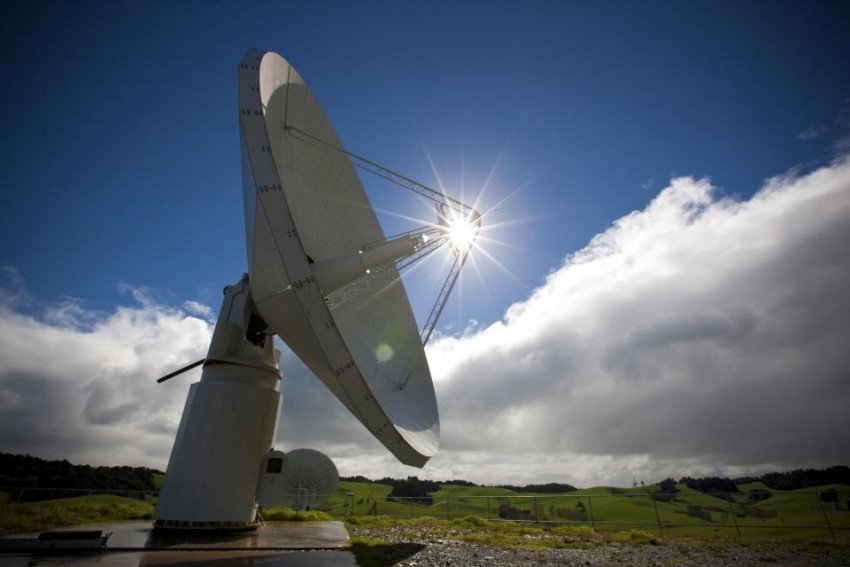 In March, countries involved in the Square Kilometre Array (SKA) Project have come together in Rome for the signature of the international treaty establishing the intergovernmental organisation that will oversee the delivery and operations of the world’s largest radio telescope.

It will help make fundamental advances in our understanding of the Universe, enabling astronomers from its participating countries to study gravitational waves and test Einstein’s theory of relativity in extreme environments, investigate the nature of mysterious fast radio bursts, improve our understanding of the evolution of the Universe over billions of years, map hundreds of millions of galaxies and look for signs of life in the Universe. With an operational lifetime of around 50 years and hosting the broadest range of science undertaken anywhere, it will be a key facility for many future generations of scientists around the world.

Two of the world’s fastest supercomputers will be needed to process the unprecedented amounts of data captured from the telescopes.

In just phase one some 300 petabytes is expected to be stored and distributed worldwide to the science community every year, more than that of Google and Facebook combined, and 160 terabytes per second raw data processed, about four times the entire global internet traffic. These staggering data rates and the innovative software needed to process it all will continue to grow as the project expands and evolves over its lifetime.

Over 1,000 of the brightest engineers and scientists across 20 countries have been involved in designing the SKA over the past six years, including more than 35 New Zealand academics and members of industry.

New Zealand was a founding member of the SKA organisation in 2012, represented by our Ministry of Business, Innovation and Employment (MBIE). The NZ SKA Alliance, a collaboration between New Zealand universities and companies lead out of AUT, was formed in 2013 to coordinate our contributions to the project.

NZ has participated in both the SKA’s Central Signal Processor (CSP) and in the Science Data Processor (SDP), the two compute-intensive parts of the project which require fundamental advances to be made in how big data get processed.

As New Zealand’s first step into the world of mega-science projects with substantive lead roles, it has already resulted in new IP, companies, jobs, and helped forge international collaborations. In fact, MBIE say the spin-offs across NZ have already justified all the $5M investment it has made in the project to date, even before the telescope has been switched on for astronomers to commence their science.

New Zealand researchers are very active in SKA Science teams, including Fundamental Physics with Pulsars, HI Galaxy Science, and Cosmic Magnetism. Once phase one of the SKA is operational they have big plans to use the telescope to help conduct high-precision pulsar timing and surveys for pulsars and fast radio transients, measure the values of the fundamental constants of Nature, resolve the disparity between star formation history and the raw material available to fuel it, and hope to uncover a new population of high redshift galaxies invisible to optical spectroscopy.

The SKA represents a democratisation within the international community for large scientific infrastructures, and will be accessible to any scientist from any organisation across all member countries based on merit, rather than restricting access and control to a very few at select institutions. It is encouraging open tender processes for procurement, and has welcomed small member countries, despite their additional burden and minor financial contributions.

This enabled New Zealand to get a foot in the door in the project, which it has grown through repeated innovation and collaborations to make numerous key contributions to the project.

Close to 700 million euros worth of contracts for the construction of the SKA will start to be awarded from late 2020 to companies and providers in the SKA’s member countries, providing at least 70% financial return on investment for those countries.

However, it is the growth and retention of expertise gained from working at the forefront of science and technology, and the reputation building for New Zealand in the international scientific community, that are the most valuable returns from long-term involvement.

These are precisely the benefits that New Zealand needs if we are serious about our desire to develop innovation in the technology sphere, and use this to grow our economy and benefit for our country on the world stage.

This content is created in partnership with Auckland University of Technology (AUT).