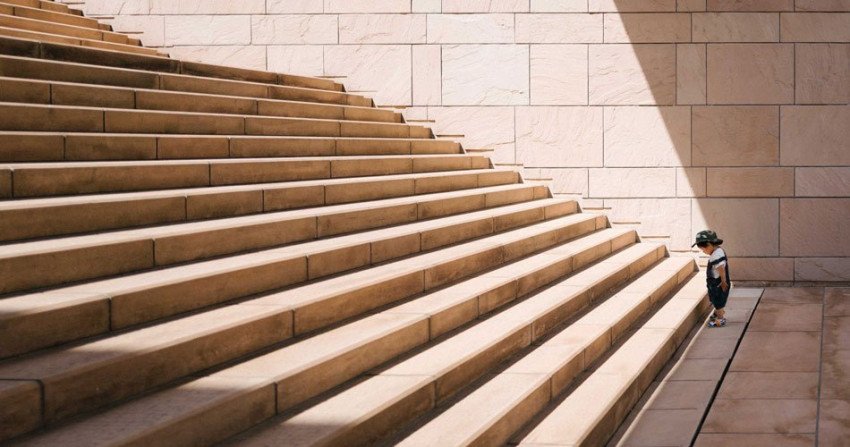 Small companies have several advantages over the big guys, says US tech entrepreneur Jason Fried, co-founder and CEO of Basecamp. His Chicago-based company builds web-based productivity tools and was one of Forbes' 2017 'America’s Best Small Companies'.

Basecamp has deliberately followed a path of modest and steady growth based on three key strategies.

In contrast to the cash-burn mentality of many start-ups, Jason adheres to old-fashioned business principles. He never hires more people than the business can afford to pay or takes on more customers than it can support. Basecamp has 60 people on its team, which is the biggest it's ever likely to get.
"We could have hundreds or thousands of people if we wanted to… but we don't want to," he says.

Having a small business is not just a stepping stone for Basecamp, it's a rewarding destination in itself.

"A lot of people think big companies have these huge advantages, but they've got many, many disadvantages. I think small teams and small companies can do things big companies can't. Hiring more people doesn't [necessarily] get more stuff done. In many cases, the more people you throw at it, the slower things go."

Jason is part of the Edmund Hillary Fellowship and is willing to connect with New Zealand entrepreneurs for support and advice. He believes New Zealand tech companies are perfectly positioned to be nimble and experimental.

"Smaller countries can experiment more and have a lot of different ideas they can try. There are things you can do and explore and test that big companies – or big countries, like the US – can't do."

The customer is not always right

Tech developers need to have a good sense of the final shape of their product, and accordingly, what to say 'no' to. Responding to every new feature request is not a sound strategy, says Jason.

"It's on you as a software developer to push back and know where the edges and limits [of your product] are. Otherwise, you’ll ultimately end up with something that's too big, too broad and unwieldy, and you won't know what it stands for anymore."

Rather than writing a laundry-list of every feature request, Jason recommends paying attention to the requests that repeatedly come up – that's what people really want, and it could help you identify where you're falling short.

There will also be times to add features that you're keen to do but customers aren't asking for, simply because they may not know what's possible.

The beauty of a six-week cycle

Basecamp takes a disciplined approach to product development – it never takes on anything that takes longer than six weeks to do. This methodology, explained in Jason’s book Rework, has a deliberate flow to it.

Basecamp's premium email service, Hey, was developed over two years in a series of six-week blocks.

"Every six weeks, we figure out what we're going to do next, then we do it," says Jason. "This is why we never get stuck working on something for months on end, which then becomes complex, growing [in scope] and late."

The six-week period is followed by a two-week 'cool down' that lets the team decompress and refresh. Jason believes people need a gap between big projects to take a deep breath, reflect and evaluate the work they just did. Working back-to-back is unsustainable and burns people out.

Jason encourages business owners to think deeply about their reasons for being in business.

"There’s a bit of envy around certain famous people in the tech world, and I worry about those who just want to be like someone else. I see a lot of people struggle when they’re not really sure why they’re doing this."

For Jason, that 'why' centres on creating things that he needs, but the world doesn't currently have. These are always products that improve people's daily lives and help combat the workaholic culture. He also gets satisfaction from seeing his team develop as individuals.

"My joy is still in building [products], but it's also in seeing other people build themselves and get better at what they do."

NZTE is a Strategic Partner of Techweek2021